The Walking Dead is back on TV. After last season’s finale, and this season’s opener, I am not sure I will continue watching. But zombies do make me think of funding dynamics, so that’s why I am bringing it up. In The Walking Dead, the zombies are scary, but they are the least dangerous. Zombies eat brains; they don’t have brains; they don’t have hidden motives and plans; you know exactly what a zombie will do. It’s the humans who are terrifying. Pushed into survival mode, they calculate, lie, betray, and refuse to use the Oxford Comma (#OxfordCommaForever). No one trusts anyone, and it’s more often than not that groups of humans end up killing one another before a zombie actually gets to munch on anyone’s flesh.

What does this have to do with funding dynamics? Well, there seems to be a pervasive lack of starting with trust between funders and nonprofits, and it’s affecting all of us and our abilities to survive and do our work. The default starting relationship between funders and nonprofits is one of suspicion of the latter by the former, which leads to funders enacting policies and practices designed to make nonprofits more “accountable,” such as restricted funding, individualized applications, bespoke budget forms, customized reports, and other things that drive us nonprofits nuts. This in turns leads to nonprofits’ hiding of information, especially about challenges, from funders, which in turn reinforces the suspicion. All this perpetuates a depressing cycle of waste of time and energy and lots of complaining, usually at bars, and all that could have been used to deliver programs and services.
END_OF_DOCUMENT_TOKEN_TO_BE_REPLACED

A while ago I wrote “Collective Impact: Resistance is Futile,” detailing the frustrations of CI and comparing it to The Borg on Star Trek. “Controlled by a hive mind that neutralizes any sort of individualism, and comprising billions of annexed individuals, [The Borg is] strong and terrifying, like an army of zombie robots, each with one eye that has a laser beam.” That was my first impression of Collective Impact, at least the way it’s being playing out in Seattle.

Years later, Collective Impact continues to spread, with mixed results and reactions. I talked to a funder on the East Coast last week, and she said her state is getting sick of the constant mention of Collective Impact. Meanwhile, in a Seattle, a colleague of mine said, “Collective Impact is like The Governor in The Walking Dead—seems nice, until you’re locked in a room with it.”

Talking to other nonprofit leaders, I’ve started noticing some patterns. There is definitely a sense of frustration of how CI has been manifesting in Seattle, and among leaders of color, that sense of frustration is even more palpable. We need to have an open discussion about how Collective Impact has been affecting diverse communities, and work toward some concrete actions that would make it more effective.

But before we get into the discussion, a couple of disclaimers. First, I am not against Collective Impact. I think it has done a lot of good, with Strive Together and Harlem Children’s Zone being two examples. And heck, I am involved with efforts that would arguably be labeled as Collective Impact: Rainier Valley Corps (RVC), which is developing nonprofit leaders of color and organizations led by communities of color with the ultimate goal of getting diverse communities to work together to effect change; and the Southeast Seattle Education Coalition (SESEC), a communities-of-color-led coalition rallying people together to help school and kids succeed in the most diverse quadrant of Seattle. (Also, to a lesser degree, ED Happy Hour, a backbone organization encouraging EDs to get together monthly to engage in mutually-reinforcing therapy involving alcohol). END_OF_DOCUMENT_TOKEN_TO_BE_REPLACED

Hi everyone. Happy Monday. The quality of this post may not be the highest today, because I just ate about a pound of chocolate while watching The Walking Dead and I’m kind of hyper. This show is awesome, but this season especially has been like as if someone filled a zombie-shaped piñata with pure awesomeness and whacked it with a titanium bat wrapped in tempeh-bacon. So it’s about time that we do a post about lessons we nonprofits can learn from this show.

The Walking Dead, about a world during the zombie apocalypse, has much to teach us nonprofits. Here are just a few of many lessons I’ve gleaned. But first:

SPOILER ALERT: If you are not up-to-date with TWD, and plan to be, stop reading this right now. Read something else, like 9 lessons from Breaking Bad we can apply to nonprofit work (“Lesson 4: Make sure your organization’s programs and services are as high in quality as Walter’s meth.”) If you’re not current with Breaking Bad either, then read 10 Game of Thrones quotes you can use at work (“You know all that from staring at marks on paper? You’re like a wizard.” Perfect when talking to your Treasurer.) If you haven’t been watching Game of Thrones either, then forget it, you’re hopeless. Go read “The New Yorker” and eat some “organic arugula” and “spend time with your family” or whatever it is that you weirdoes do. END_OF_DOCUMENT_TOKEN_TO_BE_REPLACED 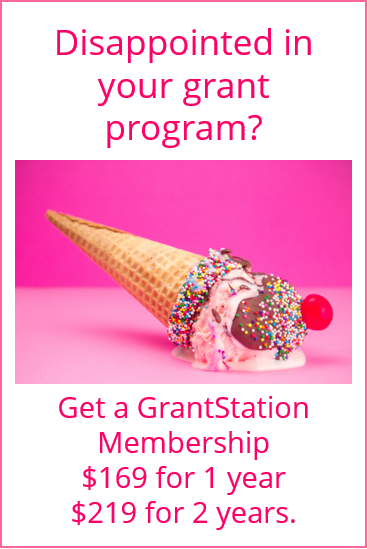 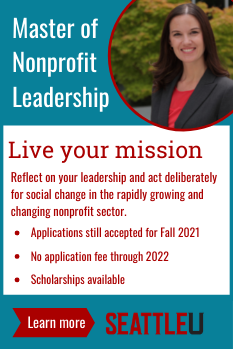