Every New Year, many of us make resolutions to do things to improve ourselves. Of course, many of us skip doing this, because we are perfect. In fact, in some cultures, beer bellies and love handles are considered attractive, so if people have issues with them, then they’re obviously culturally incompetent and should attend a workshop.

As 2015 starts, it is important for us not to just make resolutions for ourselves, but also for our organizations, and for our field. We, as individuals and as a sector, are constantly busy doing stuff that we often don’t take enough time to gaze into the distance and think strategically. As I write this, I recall some profound words from one of my mentors when we were having lunch a while ago: “I always choose the curried chicken.” Wait, no, that’s not it. She said, “Are you spending enough time on the balcony versus the dance floor?” We are always dancing. We nonprofit professionals need to get on the balcony more often.

So let’s start 2015 off right and make it the most awesome year ever! With the help of the NWB Facebook community, I’m recapping a list of resolutions that I am hoping all of us will seriously adopt sector-wide: END_OF_DOCUMENT_TOKEN_TO_BE_REPLACED

When I was growing up, my mother always told me to study hard. “Study hard,” she said, “so that you can work in an office one day and go to meetings and push paper, and not have to do manual labor like me and your dad.” Then she would add: “And eat some food. You look like a pale exhausted monkey and are the second least attractive member of our extended family.” (Thank God for cousin Nghi and her one twitching eye).

Anyway, Mom got her wish, because I do work in an office and I go to a lot of meetings, and sometimes those meetings are even useful. Our field does a lot of meetings, and yet we don’t stop to think much about them. Today, we’ll talk a little about the layout of the room and how it impacts the dynamics between participants. We barely notice, but simple things like where tables and chairs are placed and where the meeting participants are sitting in relation to one another makes a huge difference in power dynamics, and thus, the outcomes of the meeting.

First, let’s talk about large meetings with multiple people. The results of the meeting can be determined before anyone even walks into the room by how the tables and chairs are arranged.

The Power Formation. The front of the room is the seat of power, and people in the front are perceived to be more powerful than everyone else. This is why we naturally place politicians, panel speakers, and other experts and authority figures in the front of the room. This can be tricky, though, because sometimes you do not want them to be perceived as more powerful than you. One time, I was attending a community meeting designed to hold some higher-ups in Seattle Public Schools accountable for the inequity among our schools. This meeting was organized by the community. I entered the room and saw 8 seats in the front, facing the audience of 15. While the intent was to place the officials in the “hot seat,” the reality was that they now seemed like authority figures towering over the rest of us.  By the end of the meeting, they got us to promise that we’ll work harder to close the achievement gap.

The Circle Formation. Having everyone sit in a circle (or square) conveys a sense of democracy and community. It is also is the appropriate diffuser of power, forcing authority figures to recognize unconsciously that they are just like everyone else, the toiling, unwashed masses. This is what we should have done instead of the Power Formation in the situation above. Plus, the Circle Formation is the most efficient formation for snack distribution.

The U Formation. Arranging tables in a U shape conveys a sense of regalness. The person placed at the head of the table cannot have a diametric opposite, meaning this person has ultimate power. This formation best used when there is a very special guest of honor present, such as the Queen or an Iron Chef, in which case, break out the fine linens and hire some butlers. Otherwise, this formation is pretty stupid and should be avoided at all times.

The Small Groups Formation. Having people sit in small groups fosters both teamwork and competitiveness. It reminds people of high school, when they had to sit in small groups and do projects together, occasionally teasing that one lanky vegan kid who with the bad haircut because his dad always cut his hair. Well, oh yeah, David? Look who’s a nonprofit executive director now while all you got is a “JD”?! What is that anyway, some sort of degree you made up?!

Sorry, I got distracted. This formation is a great way to get people to know one another, especially if you throw in a competitive game or two. It is also an effective diffuser of power. When you have multiple authority figures, scatter them across different groups. When more than one is present, their power combined is not additive, but exponential, along with how annoying they are, being all chummy with one another and saying stuff like, “Yes, let’s get lunch soon” and “Vu, why isn’t the draft of next fiscal year’s budget done? The board must approve it at the next meeting.”

Many of our meetings are one-on-one. For those meetings, it is important to analyze with whom you are meeting and for what purpose. Then determine the appropriate formation to take:

The Adversarial Formation (aka The Interrogation Formation). Sitting directly across a table from someone sends the message that you want to be formal. We use this position when we are playing competitive board games, like Chess. This is a good position when you want to keep your distance or seem imposing. Sometimes it becomes the Interrogation Formation, where a panel of people sits across the table from one person, usually to glare at them while asking interview questions and looking cryptic. Generally I avoid sitting directly across a table from anyone in a one-on-one meeting, as it is unconsciously intimidating. It is useful though when you’re dealing with unsolicited visitors, people you’re meeting for the first time, staff who want to meet with you to complain about their health insurance not kicking in even though it’s been eight months or some other ridiculous reason. Or you are just trying to hide a fifth of whiskey. The bigger the table, the more formality is conveyed. If the table is small, though, such as at cafes, the effects are greatly minimized.

The Intimate Formation. Sitting on the same side of the table as someone sends the message “We’re on the same team” and is really creepy. Unless you know someone well, never ever sit on the same side as they are sitting. It’s like giving an awkward hug, but for an hour, or however long the meeting lasts. Exceptions can be made if you need to look at some documents together, or if for some reason the two of you are on the porch with a cold beer each, sharing war stories or something.

The Corner Formation. Sitting across from someone in such a way that there is one corner of the table between the two of you is a great middle ground between the intimidating Adversarial Formation and the creepy Intimate Formation. I like to use this position as the default when I am meeting with people one-on-one. It makes me seem approachable, but there is still a buffer between me and the other person, allowing them to feel a sense of security. This is a great formation to use when interviewing people for jobs, as it allows them to feel relaxed in a formal setting. It’s also great to use when you have to give bad news or feedback.

Those are the 7 main meeting formations. Learn them well and you’ll be able to greatly affect the outcomes of any meeting. But there are other formations, for more advanced meeting goers. For example the Flanking Formation, where two people from the same organization will flank someone from a different organization, causing disorientation and intimidation. Then there’s the Wagon Wheel Formation, the Intervention Formation, the Fish Bowl Formation (aka the Thunder Dome Formation), and the Lemmings Formation.

But we’ll discuss those later in a future post. We’ll also discuss the different snacks and how they affect power dynamics. Hint: Hummus is an effective tool when deployed strategically. 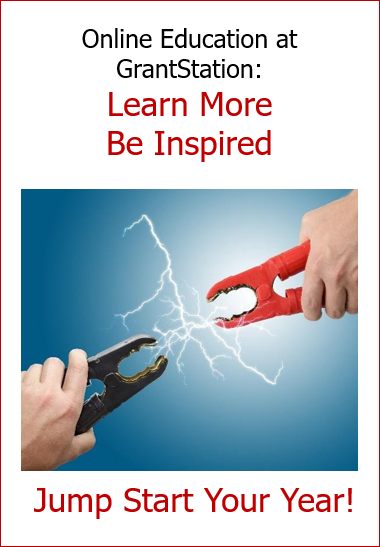