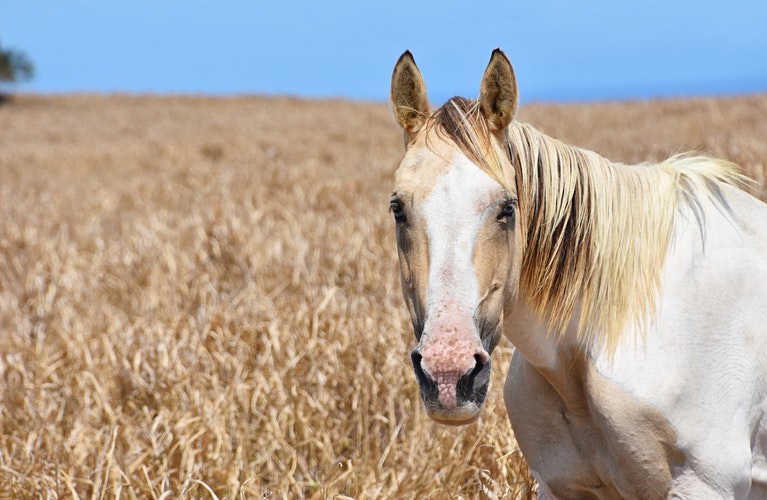 [Image description: A tan and white horse in a field of wheat. The horse looks pensive. Maybe it’s actually a unicorn who just lost its horn because someone asked for salary history. Image by Donna at Unsplash.com]

Hi everyone, we need to talk about salary history. Imagine you are hiring two fundraisers for your growing development team: Edna has had nine years of experience raising money, and has a record of bringing in over $10 million dollars. Joe has two years of experience fundraising and has brought in $300,000; before that, he worked for a bank. Because Edna is more skilled in fundraising, you have her supervise and mentor Joe. Things work out well for a while, until Edna found out that Joe is paid 10% more than she is. The reason: Joe had worked at a bank, so he had a stronger salary history. So now we have someone who is more qualified, with a better track record, and who is doing more work—supervising and mentoring in addition to fundraising—getting paid less than another person who is less qualified. END_OF_DOCUMENT_TOKEN_TO_BE_REPLACED

Recently, Massachusetts became the first state ever to make it illegal for employers to ask for job candidates’ salary history before making a job offer. This is so awesome that I ditched work and got some soy ice cream to celebrate.

For a while, I’ve been arguing about how crappy it is for employers to not disclose salary ranges in job posting, and how ridiculously archaic and bizarre that we still base people’s salaries on their previous salaries. Nothing else in our society operates like that. Imagine if someone goes to a restaurant, and at the end of the meal, the waiter comes by and the customer says, “So, can I ask how much the last person who ate here paid? $24? Well, then I’m paying you $26.40 for my meal. That’s a generous 10% increase.” END_OF_DOCUMENT_TOKEN_TO_BE_REPLACED

Hi everyone, Game of Thrones is done for the year, so I am slightly down, so this post may be a little cranky. I was surfing the Nonprofit Happy Hour Facebook group (which you should totally join, because it’s full of brilliant and hilarious people), and saw that a colleague had asked for advice on how to respond to an online job application that asks for her salary history: “I’m worried I will be shortchanged on my pay because my ‘salary’ has been low, but I have actually provided MUCH more value to my org than that.”

I wrote about this practice of asking for salary history a while ago in “When you don’t disclose salary range on job postings, a unicorn loses its wings.” I believe the practice is archaic and irritating, like codpieces and, in a few years, skinny jeans. Leaders such as the brilliant Alison Green of Ask a Manager also think salary history is ridiculous:

Employers who do this generally claim that they need to know what you’ve earned in the past because it helps them figure out how much you should be earning with them, or so that they can screen out candidates who are earning way more than the position pays and presumably won’t want to take a pay cut. But neither of these reasons holds water. First, companies should be able to determine a candidate’s value for themselves; they don’t need to look to their competitors to tell them a candidate’s worth (and if they really do need to, their hiring process is pretty messed up). And second, if they’re concerned that you’ll be unhappy with the salary they’re offering, they can solve that by posting their range up-front or ask you about your salary expectations rather than salary history. So it’s BS, and it’s BS that’s designed to give them the upper hand in salary negotiations.

After thinking about it these past few months, I’m going further to make the argument that asking for salary history is not just annoying, but actually borders on UNETHICAL and all of us need to put a stop to it immediately. Here are some reasons why all of need to agree to drop this harmful practice: END_OF_DOCUMENT_TOKEN_TO_BE_REPLACED

Hi everyone. I am in Washington DC giving a keynote at the Nonprofit Talent and Culture Summit on the importance of our sector’s investment in our most valuable resource: Sticky dots. No, just kidding: our professionals. So this post may be kind of hastily written, since I must find and put pictures of cute baby animals on my PowerPoint deck. (An entire post will be written later on the strategic deployment of cute baby animal pictures).

Today, I want to talk about being nice to job applicants. After doing lots of hiring, talking to friends who are applying for jobs, and having applied to jobs before (#OxfordCommaForever!), I realize just how demoralizing it can be out there for job candidates. A colleague told me he had three interviews with a panel of grumpy-ass people, got berated for asking a question “out of turn,” and didn’t hear from them for weeks. This was for a half-time entry-level position. WTF.

There are tons of tips out there for job applicants about how to stand out and improve their chances of securing that dream job. Today, let’s bring some balance. We in the nonprofit sector pride ourselves on equity, community, and social justice. And yet we still have some terrible habits that we need to break. For some reason, probably because of the power dynamics between employers and job applicants, otherwise-awesome organizations sometimes treat candidates like crap, like “others” instead of potential partners in our shared quest to create a better world. This often mirrors the injustice we nonprofits feel when treated like “others” by funders due to the power dynamics in funding. END_OF_DOCUMENT_TOKEN_TO_BE_REPLACED