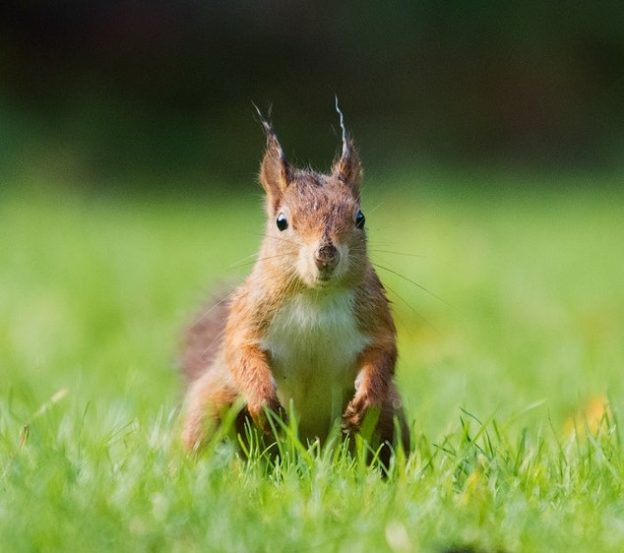 A few years ago, I called up a colleague to ask for his advice on fundraising. It was my organization’s first year, and I was still stealing office supplies from other nonprofits (as we all do during the start-up phase and sometimes years after, am I right?). He is a well-respected leader in the field, and I needed some guidance on getting significant resources for my organization’s mission of developing leaders of color for the sector. What he said, paraphrased here, was one of the most honest and shocking things anyone has ever said to me:

“Well,” he said, “as a white guy who has done this for a while, my advice for you is to be more like a white guy.” I nearly choked on the bar of raspberries dark chocolate I was eating for lunch. “What do you mean?” I asked.

“You have to have more confidence, get more assertive,” he continued, “White dudes, because of our privilege, never doubt ourselves. We just walk into any room as if we belong there. If I decide I need to talk to the head of a major foundation, I’m going to call them up. I don’t waste time wondering if I am at their level or not or if it’s protocol or whether I should back-channel or whatever. You don’t have the same privilege, but it might on occasion be helpful to act like you do.”

These words have haunted me for years. The reality is that we have an ingrained system where those with the loudest voices and the best access to influential relationships win 90% of the resources. It explains why so many of my colleagues from communities of color, communities of disabilities, and other marginalized populations do incredible work yet continue to struggle for funding.

This system, compounded by variables such as implicit biases, explains why certain “innovative” white-led efforts get multi-million dollar funds annually to do things while the efforts led by the communities facing the most injustice barely survive day-by-day through tiny, disproportionately burdensome grants. It explains why across decades, total philanthropic dollars going to communities-of-color-led organizations hover below 10%.

As much as we can blame the system, though, we from marginalized communities have to face a terrible truth: One of the biggest and most insidious results of systemic injustice is that it causes those most harmed to constantly doubt themselves. It causes us to have impostor syndrome. It trains us to not only be used to crumbs, but to also feel grateful to get any crumbs at all.

It happens all the time across the sector. An organization led by people with disabilities asks for 50K and gets 25K, whereas a larger organization asks for two million dollars and gets 500K. One ED of color told me she requested 10K for a project, and a white-led organization basically stole her idea but requested, and got, ten times the amount. It happens at all levels. When I’ve been on review panels of RFPs seeking consultants, the consultants of color on average underbid, in one instance one person proposed $7,000 for a project when white consultants came in at $15,000 to $20,000.

In this society, and certainly this sector, we from marginalized communities often adopt a survival mentality: Lay low, don’t rock the boat, don’t draw attention, ask for enough to get by. This mentality, baked into our unconscious across millennia of systemic inequity, is dangerous and creates a self-fulfilling prophecy. When we are focused on survival, we avoid risks. We reduce ambition. And while it’s allowing our orgs to survive, in a sense, we become unintentionally complicit in perpetuating patterns of inequity.

Yes, we must push for systems change. Foundations, must get out of this mentality that whoever have the best relationships with them and are the loudest are the ones most deserving of funding. And larger, mainstream organizations, despite the good work they often do, must understand their influence and the shadows they exert on the entire nonprofit ecosystem.

But, we leaders and organizations from marginalized communities need to reexamine our own actions. We don’t want to have to change our nature—the things that make us effective at our work—in order to be seen and to get funding for our work. I know many of you are tired of the game. I’m tired too. You may have chafed at my colleague’s suggestion, mentioned at the beginning of this post. It is so simple for someone to say “Just do it like I do.” And it is hard, and success is not guaranteed, to change who we are in order to play the game better, when the game is inherently biased towards those who designed the game.

But he is right in a few aspects. We do doubt ourselves a lot. We do under-ask. We do under-bid. We do wonder if we belong in certain rooms, if we deserve to talk to certain people in power. I’ve seen it. I’ve done it.

We need to get the hell over it. From now on, let us always have this question guiding us: What is our Audacity Of Ambition, our AOA? (Which is also, by the way, the name of a South Korean girls’ pop group, but that is beside the point).

We have to get over our self-doubts, impostor syndrome, and survival mentality. We may think that being modest is a virtue, but it is not; it’s actually really destructive. When we lower our ambitions and settle only for survival, it affects not just our individual organizations, but the entire field. It trains funders and donors and others with power and resources to think that grassroots organizations led by marginalized communities only deserve—and only have the capacity to handle—small amounts of money.

This has been such an entrenched line of thought that even extremely progressive people hold this view. I had lunch with a funder a couple of months ago who said, completely seriously, “We’re trying to fund more organizations led by communities of color. I wish we could change our large multi-year grants to smaller one-year grants.”

We, the people from communities most affected by injustice—POCs, people with disabilities, women, LGBTQIA, rural communities—all need to have the audacity of ambition, not just for the sake of our own work and the people we serve, but to counter these pervasive and harmful philosophies that affect the whole sector. We need to stop doubting whether we deserve to be in a room. It is perversely ironic. If the room is talking about how to address inequity and injustice, we belong there more than anyone else.

From now on for every strategic plan, every grant proposal, every major donor interaction, let us ask ourselves: Are we being bold enough? Are we shooting for the stars? Should we add a zero to the request? Should we add two fricken zeroes and a puppy?!  Until the systems we are working within are more equitable, let us be guided be this question for every decision, every funding request: What is our AOA?

And if that doesn’t work for you, try my colleague’s suggestion: WWWMD? What Would a White Man Do?

Support the maintenance of this website by buying NAF t-shirts and mugs and other stuff.

Also, join Nonprofit Happy Hour, a peer support group on Facebook, and if you are an ED/CEO, join ED Happy Hour. These are great forums for when you have a problem and want to get advice from colleagues, or tell nonprofit jokes. Check them out.