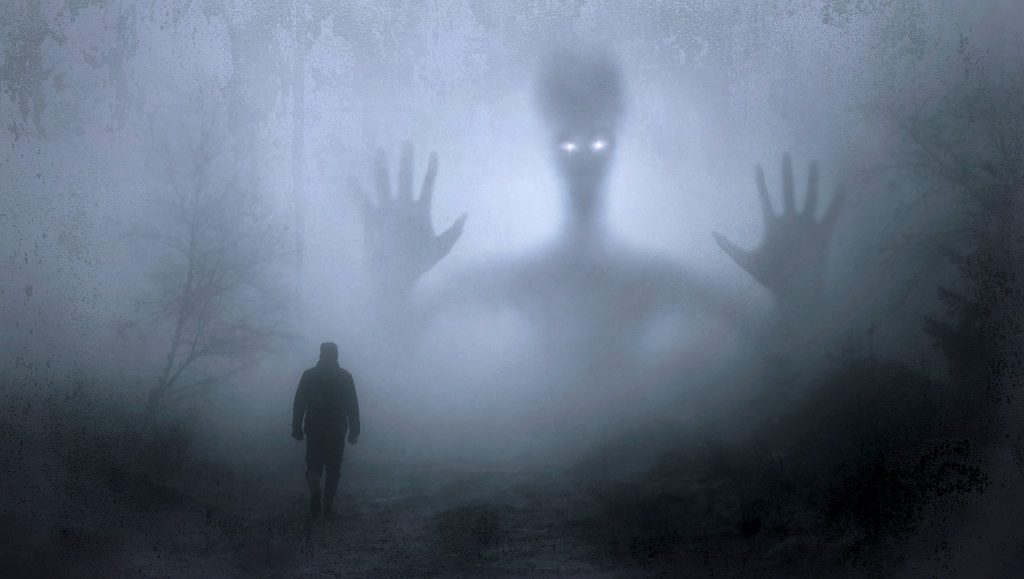 As Halloween approaches, we’ll continue to tell scary stories. Last week’s tale about a special event filled with hipsters was enough to induce nightmares in many of us for months. However, if it failed to scare you, here are three stories guaranteed to make the hairs on the back of your neck to stand on ends. Do not read these by yourself at the office late at night:

Twenty years ago, a nonprofit was founded. Its founder was an intelligent woman with piercing eyes. She helped it to grow and become successful. One bleak day when the leaves were spiraling to the ground, coaxed by the shrieking wind, she joined the board. The org was her baby. As the organization grew, others joined the board. They started to realize that the mission was out of date, that the population the nonprofit was serving was changing, and the org needed a new direction. But she didn’t want change. She wanted her baby the stay exactly the same. For years, she had stopped any progress from happening.

One day, despite her vehement protests, the new board voted to change the name and mission. The organization was now relevant. It was effective. It thrived. But the founder resigned and was never seen again, except at farmers’ markets. But they say that on certain days, on days when board meetings coincide with a full moon, you can almost hear her voice, faint as a whisper, echoing like footsteps in the conference room: “Where’s…my…baby? Where’s…my…baby?”

A development director and two coworkers were driving to a conference when their car broke down and refused to start. Unfortunately, they had no cell phone reception. They saw a lone dark house in the distance. It was three 3am, but they had no choice—they walked up and knocked. A man answered. “You boys need some help?” he asked. The man grabbed his jumper cables and drove his car to theirs.

While they waited for the battery to charge, they struck up a conversation. The stranger told them his name was Jim. He asked what they did. “So, you boys all work at a nonprofit, huh? Well, that’s definitely something.” They told him about their organization’s mission. Jim stared at each of them in the eye, and something about his gaze unnerved them all. Then he said, “Listen, since you do such good work, I want to make a donation.” He got out his checkbook and started writing. They watched in astonishment. “This is unrestricted,” he said, “so you do what needs to be done with it.” The development director took the check and put it into his pocket. They thanked him and left.

At the conference, they were telling the locals what happened. Everyone in the group became silent. “Jim was a generous man, always helping folks out,” one of the locals whispered, “but…he died in 1984.” The development director took the check out from his pocket, and suddenly his face went pale. They looked and saw that it was dated October 20, 1984…

Suddenly the development director grabbed the check and rushed out of the room. “Where is he going?” asked the locals, surprised. “Oh,” said the others, “he’s driving back to that house. Jim forgot to sign the check.”

The staff of a nonprofit were cleaning out their supply closet when they found a dusty box containing a Ouija board. “Ooh, look, a Ouija board,” one of them said, “let’s try it out.” It was a Friday afternoon, already dark because of the Fall. They took the box to the conference room and the five of them gathered around. “Let’s turn out the lights,” someone said, laughing. When the room was dark, they all put their fingers on the planchette. “Is there a spirit here?” asked the Communications Director. Slowly the planchette started moving. “Y-E-S” it spelled.

“OMG, which one of you dweebs is moving this thing?” someone asked, giggling. They looked at each other, shaking their heads.

“Quick,” someone said, “ask it if we’re going to get that grant we submitted a month ago.”

“Spirit, will we get that major grant that we just applied to?”

“Uh, our outcomes were to provide 100 low-income students with 2-hours per day of academic support and 50 parents with 3 hours per week of skills-building.”

At that moment the phone rang. It was the program officer of the foundation. She sent her regrets: They didn’t get the grant, she said, because they didn’t indicate that were significantly involved in collective impact work. Shaken, the staff decided never to touch the Ouija board again. At the next annual event they put it up for silent auction and got $20.