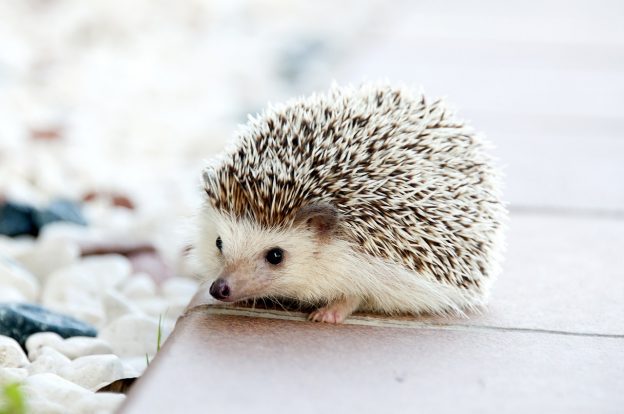 Hi everyone. I wrote a post about the grave consequences of undercounting in the US Census that’s coming up. And it was read by approximately 8 people. So I am re-posting it now with a new title and pictures of baby animals. This is important, and if pictures of baby animals will help us all to pay more attention and to share the message, then I will gladly spend three or four hours during work researching to find the cutest, cuddliest baby animals to display here. Please share this post widely.  The 2020 Census is coming up. This is an incredibly important process that happens in the US every ten years. The results determine how much federal funding is allocated to each state, as well as how many seats in the US House of Representatives. States lose thousands of dollars of federal funding from each person who is undercounted, along with political influence, and it has wide implications for our sector. And this time, more so than others, there is severe risk of vast communities being under-counted, for several reasons. Among them:

General fear and anxiety among immigrant and refugee communities: The xenophobic general philosophies and horrifying, cruel policies embraced by this current administration and its supporters have been as demoralizing as they are destructive. Many people—immigrants, refugees, Muslims—are rightly fearful of the government and will want to keep a low-profile.

Potential new questions about citizenship will increase fear even further: The administration is pushing to include questions about US Citizenship, despite the fact that this information is already collected through other surveys. There is fear of what the government will do with this data. Think about DACA; people voluntarily disclosed information, and now it is being used to potentially deport them.

Cut in funding to Census will result in less education and outreach: According to this article, “The U.S. Census Bureau has faced a $200 million shortfall since 2012.” This means thousands of Census employees have to be cut, including outreach workers and those who may have the language and cultural skills to reach many communities.

Online process will make it harder for low-income people and non-English speakers: Due to the funding cuts, this will be the first Census that will be conducted mostly online, as opposed to paper surveys. This adds a layer of obstacles for people who may be poor and do not have computers at home, or who may not be proficient in English. Even though the surveys are translated into different languages, people still need English to navigate the technology required to even get to the surveys.

We who care about social justice need to get fired up. According to my colleague Perla Ni of Great Nonprofits/CommunityConnect Labs:

“Most immigrants pay federal taxes, but if they aren’t counted in the Census, their communities don’t get much Federal funding. Each person NOT counted is about a loss of 11K federal funding to the State of Washington — primarily in Healthcare and education funding. Education funding gets distributed to local schools and nonprofits in the form of Early Childhood Education grants. [Loss of funding will vary by state to state, but it is substantial per person not counted].

“Census data is used for voting rights, redistricting for State house & senate districts, city council districts, and local school board districts. As a result of the 2010 Census, redistricting created about 58 minority opportunity districts in Texas overall, up from 49 previously; and a new House seat was added to the primarily Latino Rio Grande valley. Also, Census data is frequently used by immigrant rights groups to litigate against intentional gerrymandering by race. For instance, using Census data, MALDEF sued Texas for trying to gerrymander El Paso seats to ensure that Latinos would constitute an ineffective minority of voters.

“Census data is used to determine voting assistance. If the Census determine that there is ‘more than 10,000 or over 5 percent of the total voting age citizens’ in an area who are minorities who don’t speak English well, the local Elections board MUST provide voter registration, voter information, the ballot, in additional languages. This can make a big difference in elections. For instance, when voting info and ballots in Spanish were provided to Latino voters who had limited English skills, voter turn-out increased by 11%.”

This is a pressing problem that should unite us—nonprofits, funders, and donors—as a sector. We need to mobilize NOW. Although two years seem a long way off, the 2020 Census has already started, in fact. The addresses to be included in the 2020 Census mailing list are being determined this year. Cities and counties have until mid-year to submit additions of local addresses to the US Census Bureau. With the deadline for address updates mid-year, there is only a couple of months left for cities/counties and nonprofits to collaborate on this. Think of this as the top of the funnel – if households are not on this Census mailing list, they will not receive any info from the US Census Bureau and it will be nearly impossible for them to get counted. Nonprofits: We need to organize. Great Nonprofits and other organizations in California

mobilized for funding, and as a result the State has allocated $3M for coordination and outreach; here’s the letter they wrote detailing specific actions states and nonprofits can collaborate on. Here’s another letter supporting the request for the $3M. And just last week, California announced $40.3million for 2018-2019 budget for census outreach.

They’re doing cool stuff with this funding. Local nonprofits in California, for example, are conducting address canvassing to collect location information for “unconventional” housing for their cities. Five local nonprofits partnered with the City of San Jose on a pilot and submitted several hundred addresses. Remember, if these addresses are not on the Census mailing list, people won’t even be asked to fill out the survey.

Meanwhile, several orgs have collaborated to create Census Outreach, a nonpartisan website with tools, language, sample letters for funding, and reports on the success of outreach efforts in the past.

Talk to other nonprofits in the area. Bring this up during meetings with public officials. Start pushing city, county, and state government for funding for outreach, education, and support. Use the letters above as templates, and California as an example of states allocating funding and actively mobilizing around this.

Funders and donors: Knowing how slow government processes are for funding allocation, we need you to step up. If people are undercounted, it means there will be lots of money lost in allocations from the federal government. When that happens, there will be higher demands for social services from nonprofits, which means we nonprofits will increase our requests for funding from you all. You can help mitigate this by funding efforts to accurately count people. Think of it this way: Every dollar you spend to help people get counted will be matched many-folds by dollars allocated by the federal government every year until the next Census, in 2030. That’s a pretty good ROI.

Talk to other funders. Establish local Complete Count Committees. Pool funds. Give significant amounts for outreach starting now and over the next two years. Use your influence to convince elected officials that this is critical and that they need to support outreach funding. We need your leadership.

The Census is important. Ensuring that the most marginalized members of our community feel like they count, like they matter, is at the heart of our work. This time, it is literal. Let’s work together to ensure everyone is counted.