Happy Monday, everyone, or as happy as it can be given that it’s 2020 and we’re all likely in a computer simulation run by a sadistic toddler. An announcement before we begin today’s serious post: The Community-Centric Fundraising (CCF) Slack community is growing and now has over 800 members. People are connecting to one another and starting to form local CCF groups across the world. So join, and I hope to see you there!

Speaking of CCF, since the launch of this movement last month, I’ve been getting requests to be on panels or write articles to defend the community-centric approach against folks who hold traditional donor-centered fundraising philosophies and practices. The framing is that there are two sides to this “debate,” with community-centrism being an uppity challenger to traditional practices so it is time to duke it out Mad Max Thunderdome-style (I may have exaggerated a little).

Sorry, I am not interested in these debates. There are no two sides. Traditional donor-centered approaches have revolved around the comfort of white donors and thus have been allowing them to avoid grappling with systemic injustice rooted in slavery, colonization, and capitalistic exploitation of the poor and marginalized that perpetuates wealth and power hoarding among rich mostly white people, which fuels many of the problems we’re trying to fix. Let’s not waste time with back-and-forth over whether that’s true. There is also no argument that this works to bring in funding. In fact, the issue is that it “works” TOO well. But just because something “works,” doesn’t mean it is the ethical thing to do. We need to collectively explore ways to evolve our fundraising practices to be more ethical.

END_OF_DOCUMENT_TOKEN_TO_BE_REPLACED 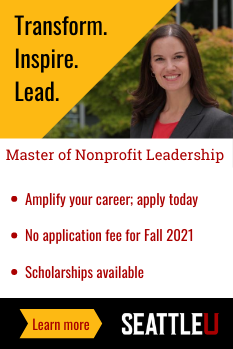