Chapter I: Scary Stories to Tell at Halloween Parties

This past weekend, VFA’s Saturday English School (SES) program had our Halloween-themed session. These are students who just arrived to the US, and they can’t believe some of the crazy stuff we do around this holiday. Such as wasting perfectly good pumpkins to make lanterns, and dressing up in scary costumes such as ghosts, or witches, or development directors one week before an annual fundraiser. “So,” the students ask, “people just give us free candy when we show up at their house?” Another kid pipes in: “No, you must also say the magic word. Trick or tree.” “No no,” another kid corrects, “it’s tree or treat.”

I was going to attend the program dressed as a Borg drone and go around taking all the kids’ candies, but that costume was too complicated, so I decided to go as a zombie. Unfortunately, there was an important meeting taking place at the same time, to talk about a spine-chilling topic: educational equity. The Building Excellence (BEX) levy is coming up, and I was attending to advocate for Seattle World School, where our SES and after-school programs are located, as well as schools in Southeast Seattle.

The BEX discussion was appropriate around Halloween, because it is terrifying. This is a Levy to improve school buildings, doing renovations and remodels. But it has not been equitable. If I had a flashlight under my chin, I could weave a story that could raise the hair on the back of everyone’s neck:

“It was a dark and stormy night. Seattle World School has nearly 100% low-income English Language Learners. For years this school has been deprioritized, moved around the city repeatedly. In a previous BEX, 14 million dollars was promised to find it a stable home and develop a strong academic model. Then, one day, when the moon was shining bright and a soft wind swept through the creaking branches of a barren tree, the funding was shifted to renovate another school. Six years later, SWS is fighting back, and the District has finally agreed to give it a permanent home, a building that is currently an elementary school. ‘We are proposing to put 14 million into this levy for SWS, since that what you were promised years ago,’ we hear higher-ups saying. ‘Wait,’ we said, ‘things have changed, and it will probably take more than 14 million to turn an elementary school into a high school! You haven’t even done an assessment of the costs!” At that point, I would scream and startle everyone, as is the tradition in scary story telling.

Some parents from Southeast school parents came, and their stories are just as scary. “We still have chalkboards,” they said, “please replace them with dry-erase boards like other schools.” They went through a list of all the things that need improvement: façade pieces falling, gas leaks, a foundation issue that causes flooding in some classrooms. During the winter the kids and staff freeze due to poor heating.

As if all that injustice our students and families face wasn’t enough to give us all night terrors for weeks, the school board member who was there had the scariest story of all: “The system,” she whispered, “responds to the loudest voices, and we must mobilize our parents to send in more emails, to come testify at more board meetings. Sure, they have language barriers. Sure they work several jobs and may not even know how to send an email. But that’s how it works.” It’s not about equity. It’s about who is the loudest. Low-income kids and kids of color will continue to wade through flooded floors, freezing in the winter, breathing in gas fumes, because their parents may not have the skills to complain…

We all had goose bumps on our arms, as if a poltergeist had passed right through us. I don’t think I’ll be able to sleep without the lights on for the next few days.

After the meeting on the BEX levy, I drove to Co Lam temple, where VFA and our partner organization APACE (Asian Pacific Islander Americans for Civic Engagement) were hosting a nonpartisan voting party. For the past few months our organizations had been working to register and encourage our community members to vote. The Vietnamese community in Washington, for the first time ever, became big enough in size that by law, all that election stuff has to be translated into Vietnamese. That, combined with a presidential election, creates a great opportunity for us to increase civic engagement.

So for weeks, our staff and volunteers tabled in front of local grocery stores, temples, churches, and other places to get people to register to vote. Our goal was to get 300 new voters registered. Hours in the sun may only yield a dozen or two new registrations. After a dozen or so days of tabling, we got nearly 350! This party was to explain the voting process and answer questions about the issues.

The rain came heavy, and I didn’t know if anyone would show up. It was turning into one of those days where I wished I could be on my couch, wrapped up in a blanket. Season 3 of the Walking Dead has started, and I was already behind. I walked into the room and was shocked to see 40 or so people there, mainly elders, everyone with their ballots out, focused on the speaker, who was explaining what the Governor’s role was. Some of our students sat next to the elders, volunteering to guide them on how to fill out forms, where they needed to sign, which envelope went into what.

“Have a vegan spring roll,” said a volunteer, handing me my printed name tag, “then walk around the room and help people. Remember to be nonpartisan.”

“Son,” said an elderly man, beckoning to me to come over, “I accidentally voted reject on this proposition, but I wanted to vote approve.” I showed him how to correct his vote. “Now,” he said, “who should I vote for for Governor? Jay In-suh-lee?”

“I can’t tell you, sir,” I said, “I can only explain their policies to you, which are listed here on page 328 of this 500-page translated booklet.”

The room was busy with tons of voters and volunteers. I stood in the back and scanned the scene, my heart growing two sizes fuller. This was the first time VFA has tackled voter registration. We didn’t know how people would respond. But they did. They braved the rain to spend three hours navigating through a complex maze of words. Even translated into Vietnamese, these propositions are indecipherable.

I thought about the meeting on school renovations earlier. We cannot keep perpetuating this inequitable squeaky-wheel mentality that has been shafting our marginalized communities. No one should assume our communities do not care, about education or anything else, simply because they do not speak up. Because obviously, from what we saw happening at the temple, they do care. And until we fix this flawed system that perpetuates inequity by punishing those who have less voice, we’ll work on our end to make it easier for our community to participate.

“Mr. Vu!” said a student, one of kids who used to be in our programs, who now volunteers with VFA at Saturday English School. She came up to hug me. “I’m here to interpret for my mom.”

“So she passed her citizenship exam and can vote now?” I asked.

“No, she failed. Again. She gets nervous and can’t understand the spoken questions. But she still wants to learn this stuff.”

“Yeah, I just did,” she beamed. She explained to me what she voted for and why. I completely disagreed with some of her decisions, but that was tempered the overwhelming sense of pride I felt at that moment. I thought back to six years ago when she was one of our recent-arrival students at our after-school program, learning to carve a pumpkin, unable to speak much English. Now she is in college, volunteering at our program, and voting. What had started as a crappy day turned out to be a pretty good one. There is still obviously a lot of work left to do to right these injustices our hardworking families face daily. But for that day, my faith in the world was renewed. I grabbed another vegan eggroll and continued my shift. 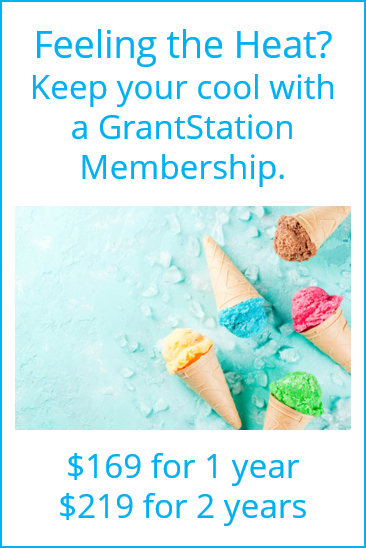 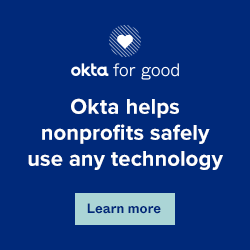